In order to survive and make living as a cam girl, you need to be smart enough to analyse where you are in the market and understand what you need to do based on facts. This page helps cam girls to understand a basic strategy that you can use to decide which direction you go.

What is competitive advantage?

First of all, I will explain what competitive advantage is.

Competitive advantage is what makes you better than other cam girls.

The idea was brought to the world by Michael Porter, business strategist, by his book.

Before we go through an actual concept, let’s go through 3 things you need to understand.

Who are you targeting? It is obviously man but you need to specify more.

The reason is you need to understand exactly what they are looking for.

As a cam girl, you need to define at least target’s

How to identify targets? 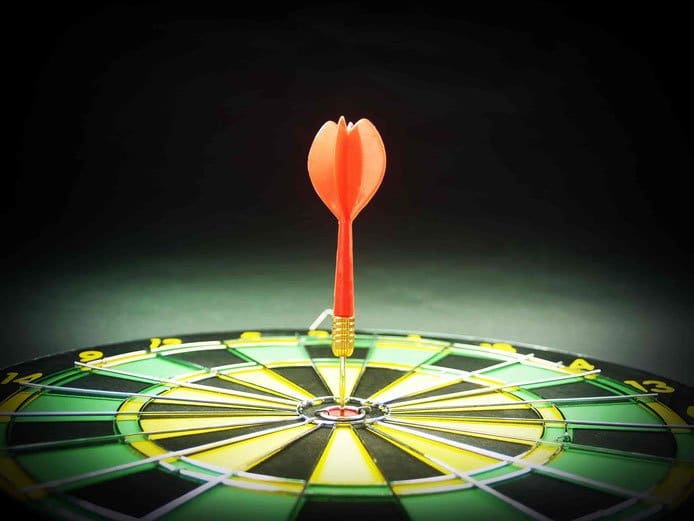 How to identify targets and decide target is determined by Demand and competition.

I will explain competition latter.

Demand is who comes to your room and spend money.

When you think about demand, you need to think

1. How big the population of the target that falls under your criteria

2. How much money they have

In race category, there are 4 races: Asian, Black, Latino and White.

Explained above, What race you should target depends on what your race is. For example, if you are black, you would most likely want to focus on black male customers as the population of non-black man who show interests in black woman is small. Below data was revealed by Okqupid, a dating site.

The values in these tables are “preference vs. the average.” Think of them as how people weigh race in deciding attraction. For example, Asian man rates Asian woman 15% more attractive than the average woman.

But it is too early to determine who you should target as there are other variables explained below. 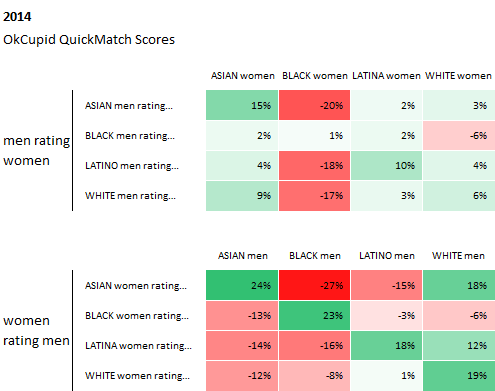 This is determined by what your appearance(body type) and race.

Of course, there are diversity in preference. But in average, each country has preference on woman’s body type. For example, Japan has much tighter definition of fat woman compared with USA. Chubby woman in USA is considered fat in Japan. Skinny woman in Japan is considered too skinny. If you consider targeting Japanese, little chubby is the line that Japanese man show interest.

I explained black woman should focus on black man above. But, there are countries that have fetish on Black race. You may be better to target other races depending on how big the fetish population is, how much money that man in those countries have and competition.

This depends on your age, how you look like and what common thing you have with the specific age group.

Are you a person who often get compliment by old man?

Some woman has something that old man like. If so, your target can be man over 40.

Are you interested in something that old man like? For example, many man over 45 in Japan like base ball. If you like base ball, you have something in common with them. That can help to build emotional connection. Thus, you can target older man.

If you are over 35, the target segment of  man over 35 is probably bigger than man aged under 35 even there are man who like only mature woman. But who you target depends on competition of the camming site you are working as well. I will explain competition letter in this page.

May be there are several fetishes you can offer. In order to decide, think about how big each fetish market is, how much money that people in that segment have and how many models are targeting to that fetish.

How many languages do you speak?

If you speak language other than your mother tongue, you can target people who speak that language. May be your language is minority at the site you work. Thus competition is much lower.

Identify what you like. Whatever is fine such as favorite sports team, food, game, and so on.

Once you identify what you like, you can use such information to determine target.

For example, if you like red wings(Detroit hockey team), you can target someone who like Red wings as having something in common is the easiest way to make emotional connection. 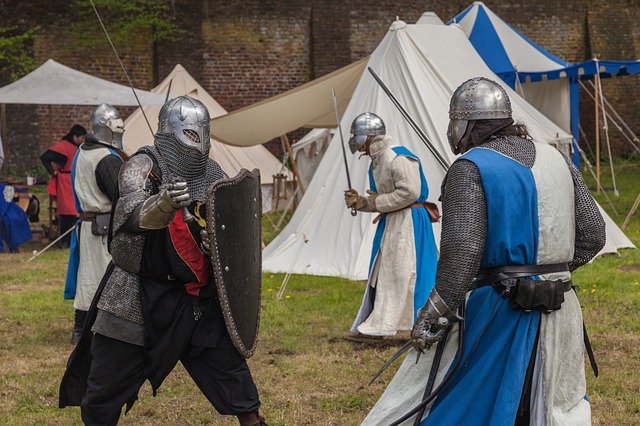 The competition for webcam models needs to be analysed based on 3 elements.

1. How many models at the site you are working or trying to work are there. (we gathered information on each site at here for you)

2. How many models who are targeting at the same target as you are thinking are there.

3. How attractive the top models targeting the same audience as you are thinking. 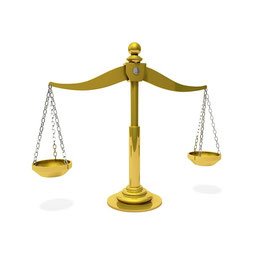 You have to be clear why audience pays to you. You have to meet your audience true “needs”. There are many types of viewers at camming site. But most of them are there to satisfy their sexual needs. Some are looking for models to satisfy their fetish needs while some are looking for emotional connections like girl friends experience. You need to think what is their “needs” and how you provide value to that.

Good example in gaming industry; there are two big gaming companies, Nintendo and Sony. They used to compete in the same gaming category. But Nintendo identified and switched to different target which is called “light game user”. Light game users value on playing game with friends and family while “core gamer”  values on quality of game. Thus, Playstation focuses on high resolution and good quality game while Nintendo focuses on easy to play interactive game.

“How to be successful webcam model is how you can provide Value to the Target that is better than your Competitors.“
Tweet

Costs leadership is to provide reasonable value to target at low rate. By reducing your rate, you will be competitive in terms of costs.

There is a correlation between rate and number of viewers you can get. If you reduce the rate, you would be able to expect more viewers.

Your competitors have to exit from the site that you are working or change their target.

Once they are out, you can go back to your normal rate.

This strategy has a big risk of price war. If you reduce your rate, it is expected that others will do the same. This is start of “price war”. Nobody except viewers can benefit from this price war.

Thus recommended way of using this strategy is when you are sure that you can follow reduced price and survive until everybody exits.

Differentiation is to provide value to your target better than anyone else.

In order to achieve this, you need to provide value in unique and better way.

This is usually done through quality, customer services and innovation. In the case of web webcam modelling, quality is not only better streaming quality but also experience that cam girl provides. Customer services may be more closed distance with customers. Innovation is little difficult as cam girls do not have means to create new devices. But cam girls can utilize existing devices to innovate your show. The good example is “ohmibid”. The device allows a webcam model to more closely interact with viewers than before.

The best thing about differentiation is you can charge much higher rate than others. As you are providing unique value, you are the only one who can control the pricing in the market. Being unique is the best strategy to take. However, it is difficult to achieve differentiation as unique means something that nobody can imitate easily.

How to differentiate yourself from others?

First of all, you have to know yourself. You need to analyse yourself to see what unique about you.

1. Write down everything that relates to your identity

In order to know yourself, think what makes yourself unique. Whatever is fine such as an artist you like, food, places you have ever been, things that you have done in your life, hobbies, language you have learned and so on.

Now you know who you are. It’s time to brain storm. Based on who you are, think about what you can do that others can not do. For example, may be you have played guitar before. Then you can include guitar playing in your show. There should be fans of guitar as well as fans of music you play.

If you have learned language other than your mother tongue, you can work at the site where people speak that language. You would most likely be “different” from other models in terms of appearance.

For example, we are the only agency in the world that supports webcam models who wants to work for Japanese sites.

Why we do this? because we have resources such as understanding of Japanese market, languages, and legal side of the business that not many companies in the market have. By focusing and specializing one specific market, we differentiate ourselves from other companies.

A cam girls who wants to work in Japanese market will have a competitive advantage in Japanese market because of their appearance and status of being a foreign girl. The sites are full of Japanese models. Foreign cam girl will surely be outstanding. Also Japanese shows interest in foreigners as coming from different culture itself provides interesting experience to viewers. But there are certain things that models have to adjust in order to hit the demand from Japanese.

Because our ability meets needs from models who wants to localize, we started this business.