There was a time when you wanted to cosplay as well. Just admit it. I mean, it’s not uncommon anyway. When you love anime, you are bound to get that urge once or twice to try Kawaii cosplay. I know I have. Or still do. So to all those who have dreamed to become their favorite anime characters, this article is dedicated to you! Let’s count down my Top 5 Kawaii Anime Clothes!

First of all, let me tell you that I had such a hard time choosing between Reiji’s outfit and Syo’s. To be honest, I love hats that why this was hard to decide.

Anyway, if you’re a girl then naturally there was a time you were in love with these lovely idols. Seriously, up to this day I still love them and still crave for more of their performance. Uta no Prince-sama was originally a visual novel series but after it became so popular, it was adapted to manga and anime. Along with other various franchise-related merchandise.

So the story circles around this girl who composes (Die Nanami! Sorry. I have issues. Hehe.) and her schoolmates who later on debuts with her as their composer.

With each series, you would see every character change outfits from time to time. But personally, I still love their original outfits for their debut concert. And my favourite, and consider as a kawaii anime clothe, is the one Kuruso Syo wears. Together with his signature hat. It’s so simple, stylish and adorable that I wish I had one myself. 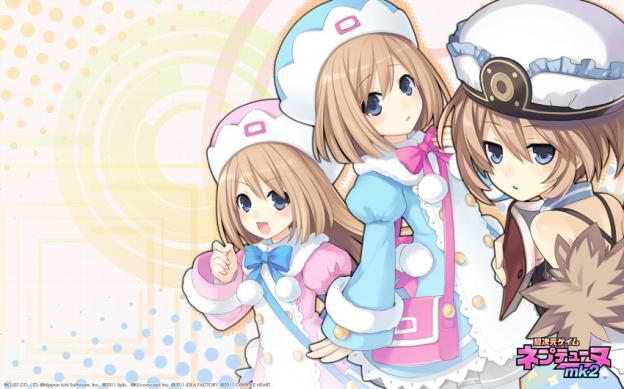 To this day, I still don’t know why I watched this anime. Okay, that’s a lie. I watched it because of its adorable characters. But I still count it as one of the anime I do not understand.

Hyperdimension Neptunia is actually a video game series of role-playing games. It was first release during August 2010 and its anime adaptation was during July 2013. So, even if I try, I will have a hard time telling you what the story is about. Given that fact, here is the copy paste version from Wikipedia: “In the world of Gamindustri, beings known as Goddesses rule over the four countries: Planeptune, Lastation, Lowee, and Leanbox. After having fought over Share energy for many years, the Goddesses signed a treaty which forbids each from taking Share energy from the other using forceful means.” 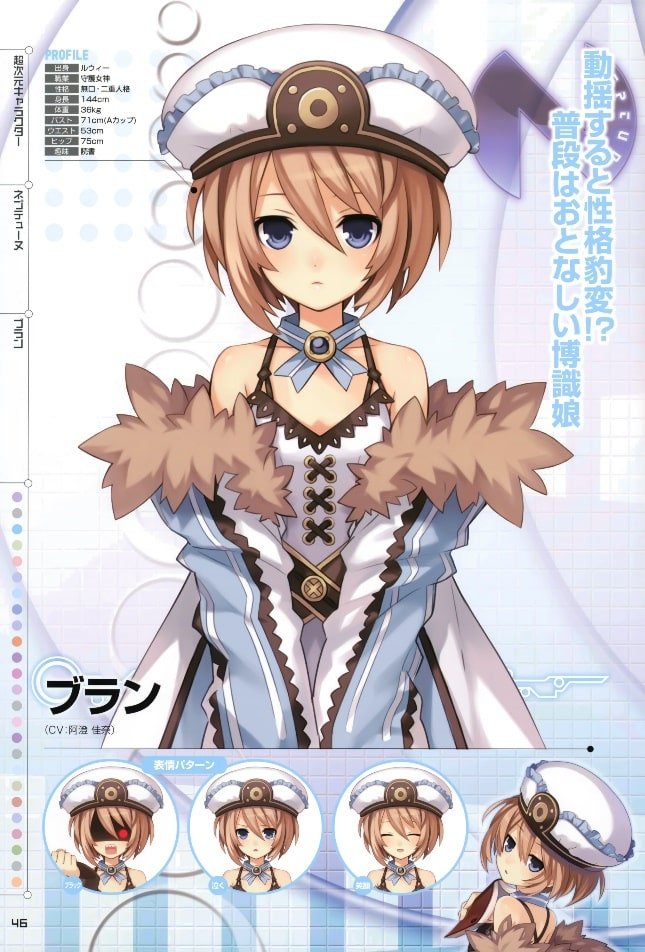 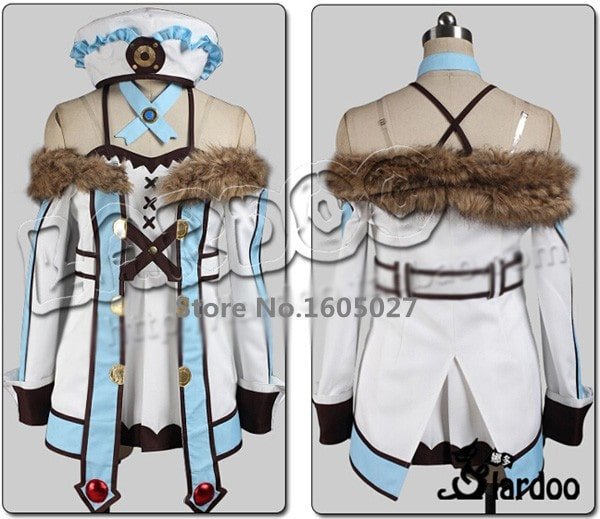 Anyway, there are many adorable outfits in this anime but the most kawaii anime clothe here is the one Blanc is wearing. Blanc is the human form of White Heart, the CPU of Lowee. She is the Goddess who watches over the country Lowee.

Like every outfit here, they have a unique design and is not something normal people would wear outside. Especially since its off-shoulder and the length of the skirt is extremely short. Never the less, it is adorable. Major adorable. 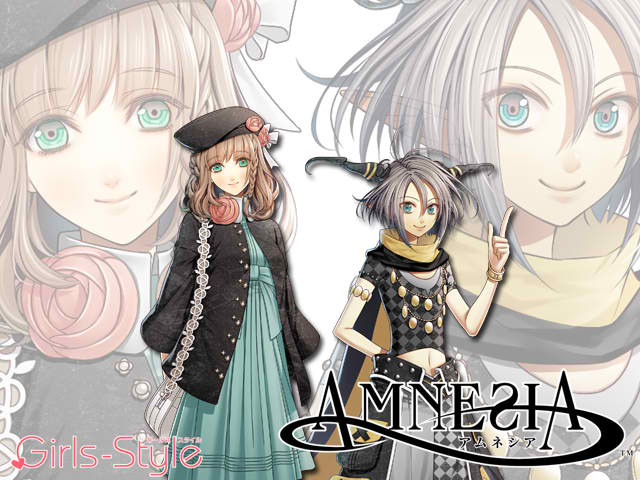 Amnesia is a Japanese visual novel series that later during 2013 had its anime adaptation. The story is basically about a girl who lost her memories because of the carelessness of the spirit named Orion. So all throughout the series, the heroin would be sent to different parallel worlds where each person she meets has different relationship with her in every world. 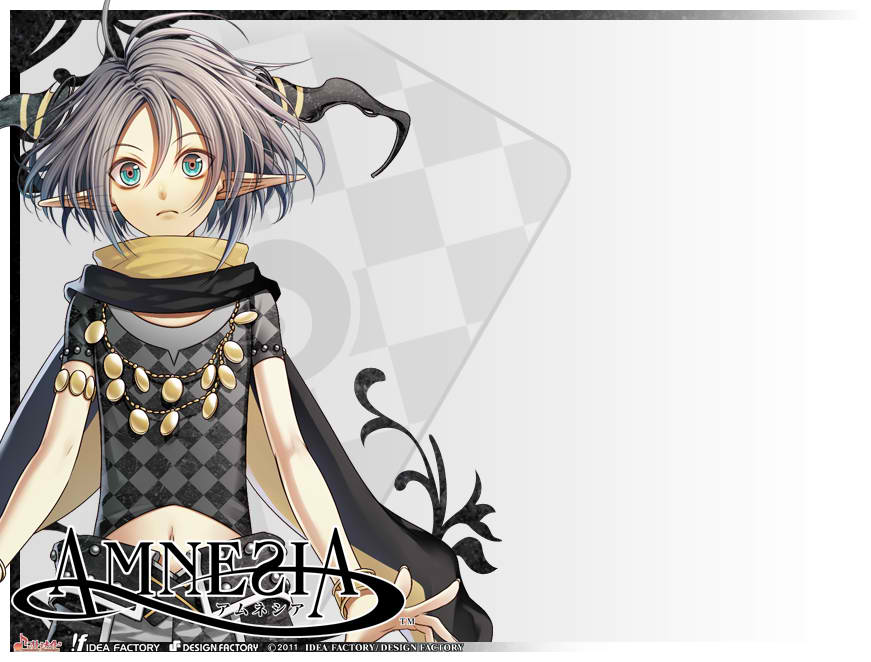 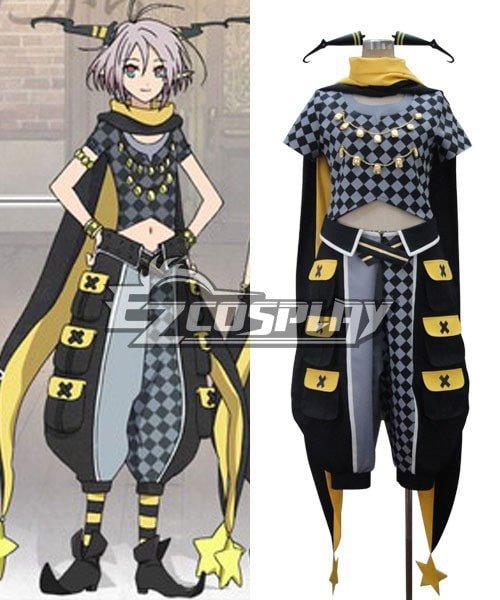 I can safely say that their outfits here are amazing. The guys’ getup are inspired from playing cards. Hearts, spades, clover, and diamond. It’s so awesome. Really. But if we’re talking about kawaii anime clothes, then I am definitely choosing Orion’s.

His outfit is different from the rest. It’s almost a mixture of an elf and jokers or clowns from a long time ago. Whatever the case, it is adorable. He’s almost fairy like really. It’s actually very rare for boy outfits to be adorable, really. 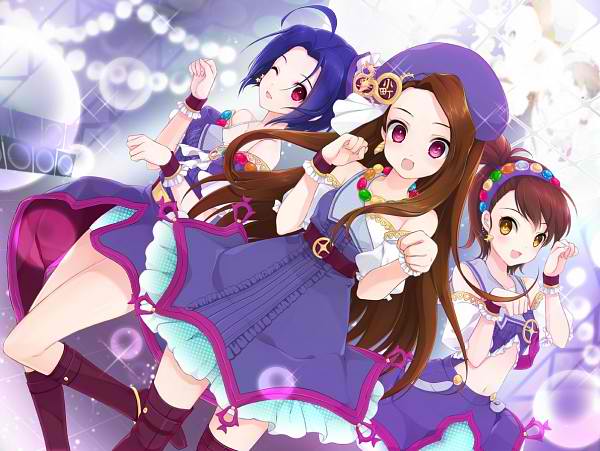 Okay, so if we have Uta no prince-sama, a group of male idols, we also have the [email protected], a group of female idols. Actually, this is the first anime I watched about idols. Following that was AKB0048, Love Live!, Uta no Prince-sama, High School Star Musical and such. 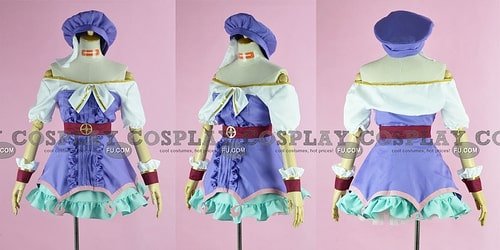 The story focuses on a group of young girls aspiring to become top idols with a low budgeted agency. The group had a wide variety of personalities along with certain issues with each idol.

Although they consider their whole agency as family and the idols as a single group, along the series, a three-unit group was created called Ryuuguu Komachi. Of course, since it is an idol group, they have matching outfits. And despite this anime having tons of costumes and such, I still love this one. I can’t really put my finger on it. But there is something about this outfit that makes me squeal.

1)Yoshino from Date A Live 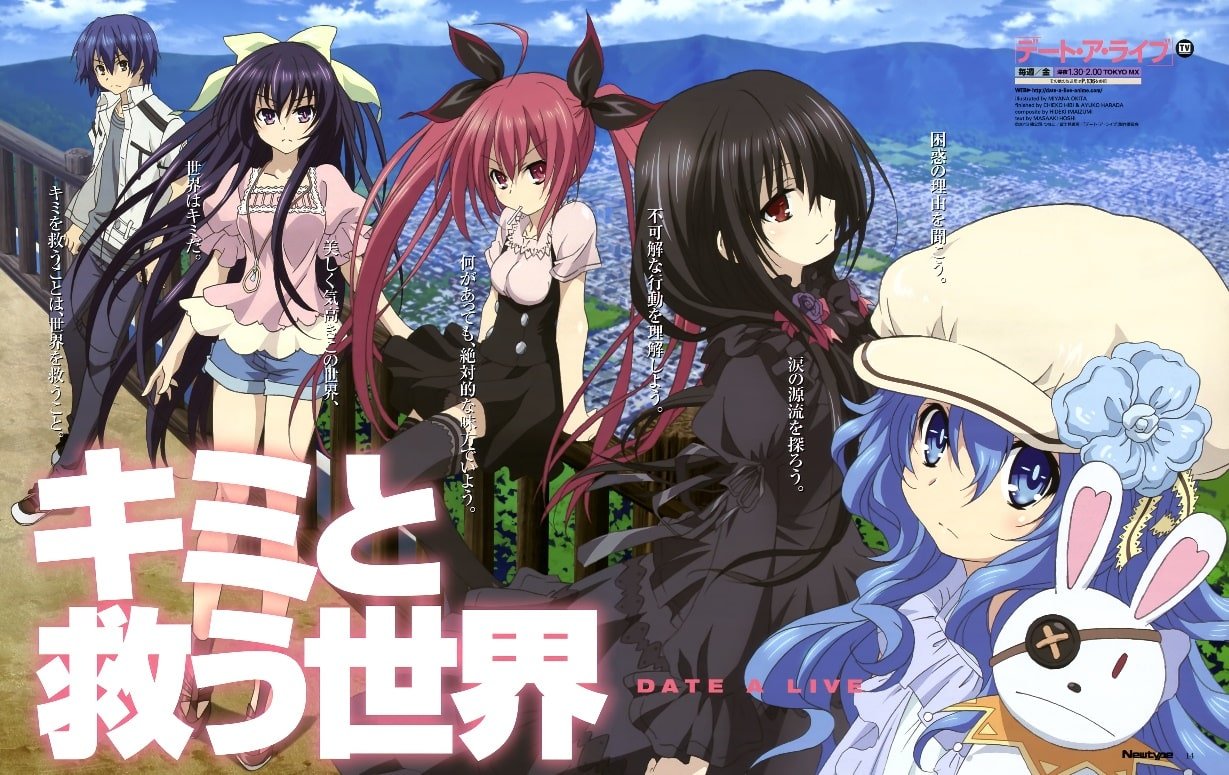 Remember I said that there are a number of anime that I don’t understand why I watched? Well, this anime would be on the top of my list. No matter how cute the characters are, I cannot get myself to love this particular anime.

Anyway, Date A Live is such a weird, weird, weird show. For me. It’s actually light novel that had an anime adaptation way back in April 2013. The story is basically the earth keeps experiencing these “spatial quakes”. These irregular phenomena are actually caused by Spirits from a different dimension. So the main protagonist, of course, gets the task to seal them with a kiss. Yup. A kiss. Isn’t it weird? From super powerful beings, these “spirits” turn into girls who are so sensitive, girlie and damsel in distress like for the protagonist. Aish. 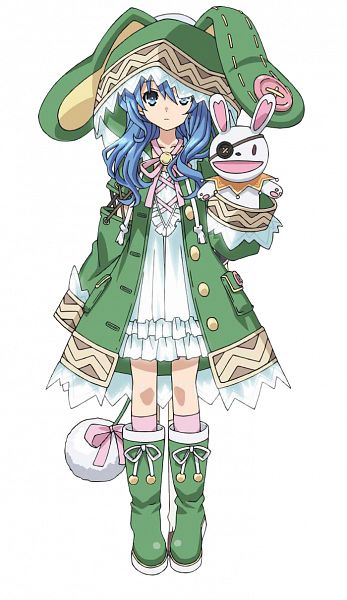 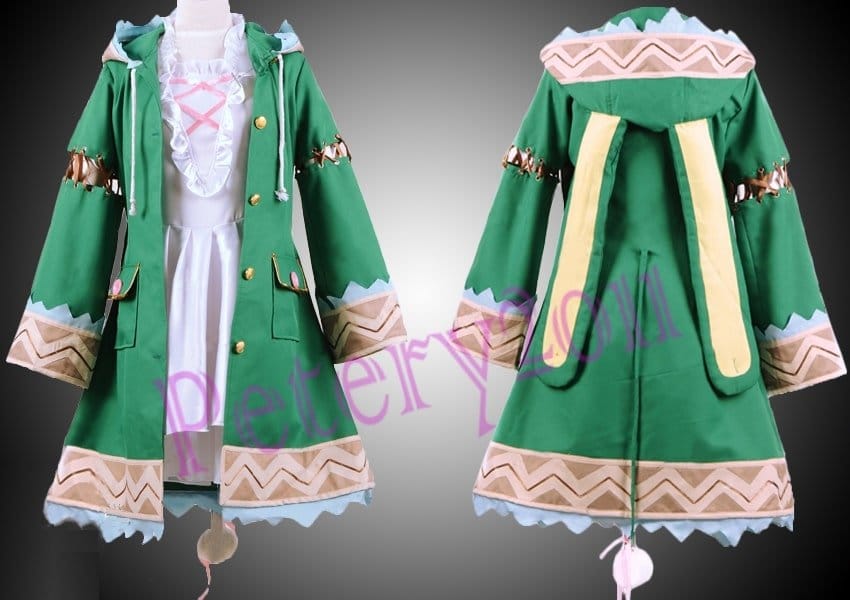 Anyway, there is this one spirit named Yoshino and her bunny getup is so adorable! I’m not a bit fan of the color green match it the design of her outfit and I am considering of wearing it. Seriously. It is so kawaii anime clothes. The ears, the boots, the simple white Sunday dress inside and the fact that it’s a hoodie? Oh wow. I want one.

So that’s it for my top 5 kawaii anime clothes. I apologize for the low quality pictures but it’s always like that when you search for cosplay outfits. Unless you personally have one, I cannot get better pictures. Sorry. Anyway, all of these can be bought online. Just search for websites selling cosplay outfits and you’ll find them. But in my opinion, it would be better to have one custom made for better quality.

But, yeah. Do you agree with my top picks? Or do you have your own Top 5 Kawaii Anime Clothes? Don’t be shy to give your comments. Hope you enjoyed this article. Until next time!