Admit it. There are times when your favorite characters are not even the actual protagonist of the stories. Sometimes it’s the kawaii anime animals who just keep you hook in the series. I don’t blame ya~

It is not uncommon to come across Animes featuring animals in their series. Whether it is based on real life creatures or made up ones. They often use them as mascots. Nevertheless, they help increase the popularity of the show. From cool, giant, and epic characters such as Kurama from the Naruto series. To the tiniest, simple and adorable species like Ton-chan from K-ON! In any case, I love them all! And because of that, here’s my top 5 kawaii anime animals!

Okay, there is a slight chance you guys don’t know this character (or even this series). Still, I’m including it.

RWBY (pronounced as “ruby” for some) is an animated series that gained its popularity in Youtube under the account of RoosterTeeth. The story focuses on the four female leads and their adventures of becoming huntress, the warriors of light that faces off with the creatures of grim.

Zwei is the house pet of Ruby Rose and Yeng Xiao Long that was sent via mail by their dad. Yes, yes, you read it right. Their dad sent the dog through mail, and not email, mail. As in, in a box. Filled with all the necessities he’ll need.

He is a very lovable Pombroke Welsh Corgi dog with a cheery and playful personality that increases his cuteness. Always smiling and dependable. I seriously love this dog! He’s just a super kawaii anime animal. He’s name alone gives him away. Plus, he’s no coward in the face of danger.

This series you might have heard of. Although, popularity of its viewers call it REBORN!, I still like saying the whole title. Anyway, in this story, they featured tons and tons of animals. From your common household pets to mystical creatures. But if I were to pick my all-time favourite kawaii anime animal for the series, it will definitely be Uri. Hands down.

Katekyo Hitman REBORN! started out as a gag manga created by Akira Amano and published in Shueisha’s weekly magazine, Weekly Shonen Jump. The story revolves around Sawada Tsunayoshi and his home tutor Reborn where Reborn teaches and trains Tsunayoshi to become the tenth boss of the mafia family Vongola. Though Tsunayoshi continuously declines his inheritance to the bitter end, Reborn remains positive.

Let’s get down to the kawaii anime animals now. Uri is basically a little kitten from the box weapon of Gokudera Hayato, the Vongola Storm Guardian and the right hand man of Vongola Decimo. She’s very proud, feisty and for some reasons is always annoyed with Hayato which leads to her scratching his face all the time. Which I just find so adorable. (Sorry Hayato!) 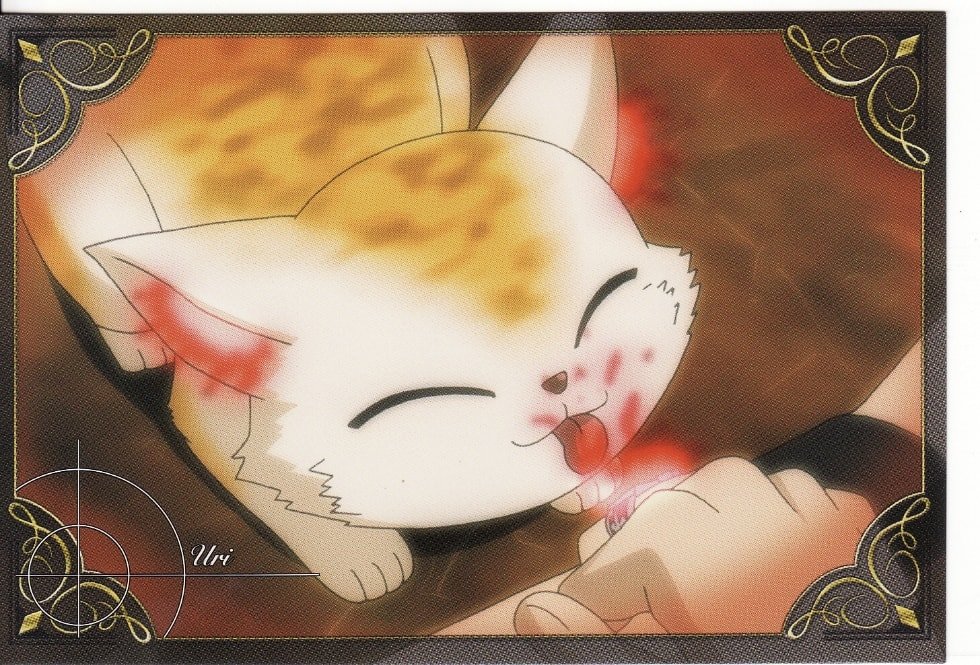 She loves to eat and is actually a strong box animal weapon. She’s small, quick, and even if she and Hayato aren’t the best of friends, when it comes down to it, she will protect him to the end. Which gives me all the more reason to love this adorable little kitty. 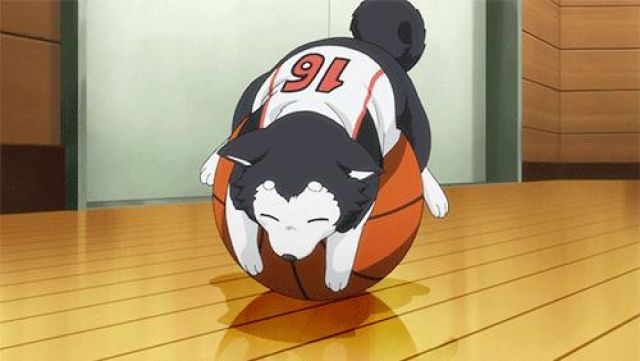 Kuroko no Basuke is a sports series where high school basketballs teams face off. Although all characters gets their own screen time, the actual protagonist for this story is Kuroko Testuya. Just an FYI for those who didn’t notice the title. (PEACE!)

Tetsuya number 2 or Nigo is a stray puppy that Kuroko found. Riko, the club manager, adored him that he was practically adopted by the club itself and became a mascot for them. Can’t blame them, he is absolutely a kawaii anime animal. The only person bother by him is Kagami.

He gained his name because of his uncanny similarities to the adorable Kuroko. They share the same eye color and oval-shape that lead to the members calling him Tetsuya 2 or Nigo. If you stare at a picture of Kuroko and Nigo, you will also see the resemblance. And they are both undeniably adorable!

Nigo is very intelligent and very loving dog. He shows concern for each member and scolds them when necessary. With his very own jersey, there is no denying how adorable this puppy is. 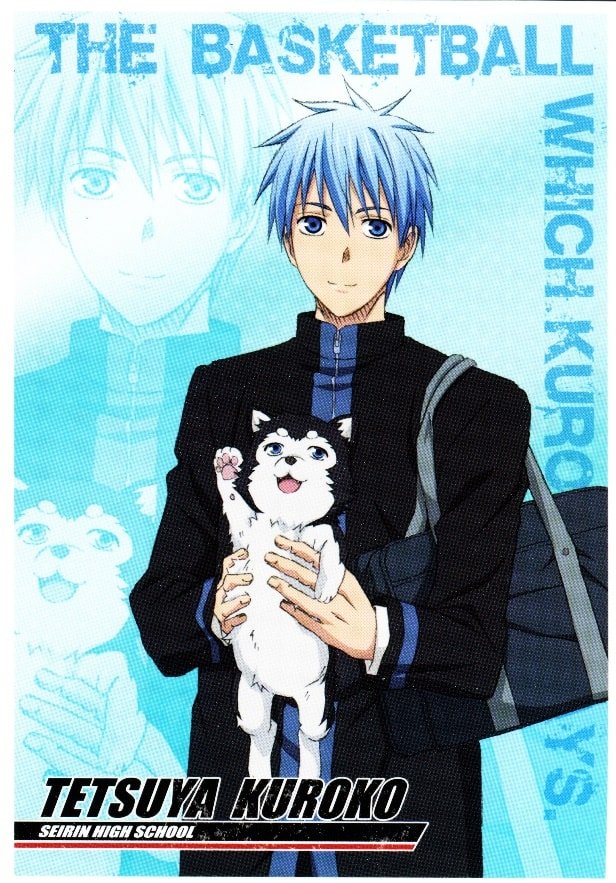 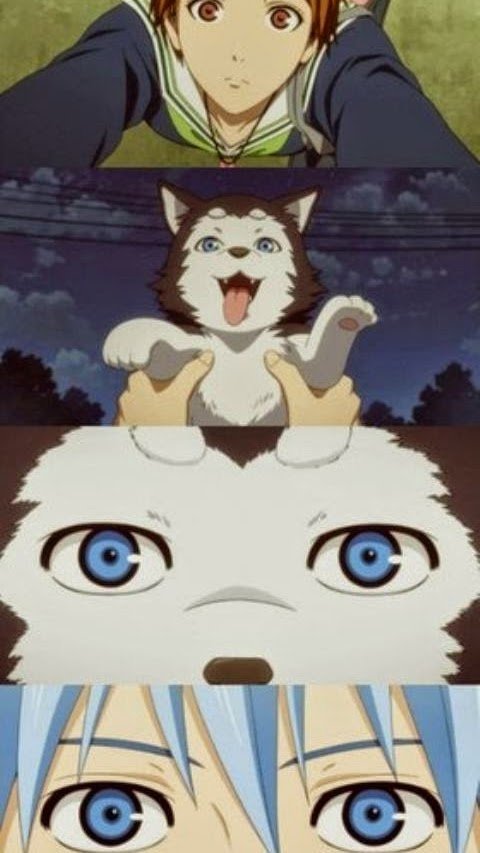 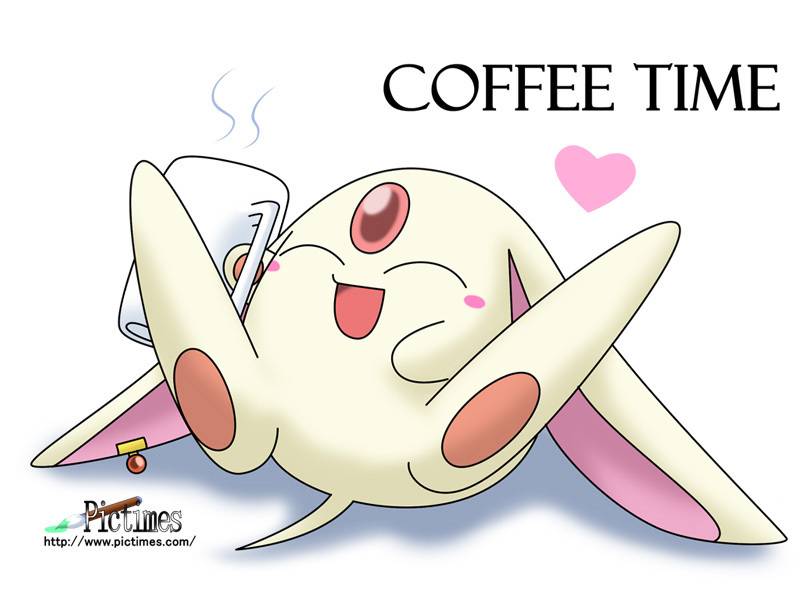 So we are now at our top 2! This name you might all be familiar with. (I’m hoping.)

For those of you who don’t know, CLAMP is an all-female Japanese manga artist group who is responsible for creating the all-time favorite manga and anime series Cardcaptor Sakura. Which recently had a sequel entitled Cardcaptor Sakura Clear Cards.

But the kawaii anime animal I’m talking about here was not exactly featured in this series. He (or it) became famous in the story Tsubasa Reservoir Chronicles. However, many don’t know this, the animal, that can only be described as a white manju bun (which is how Kurogane from Tsubasa always refers to him), Mokona was originally from CLAMP’s other work Magic Knight Rayearth. In that story, Mokona did not possess the ability to speak but was still found of teasing people. The only sound he produced was an adorable “Puu~”. And seriously, that sound is freaking cute. After watching that show, I kept using that word all week long.

Mokona is a very playful character and with his fluffy appearance, appeals to many viewers. Which of course, includes me. Actually, as far as I can recall, when Mokona was asked what his gender was, he’s exact words were “Mokona is Mokona” but it is stated in Rayearth that he is a boy, so we’ll stick with “him”.

Whatever the case, Mokona is definitely one of my favorite kawaii anime animal!

Time for my number one kawaii anime animal and it is none other than Burupya~!

07 Ghost is an anime I only discovered last 2017 but its anime actually aired way back in 2009. And I am sadden that I discovered it late because now I have to catch up with its manga. Anyway, 07 Ghost is a fantasy story where religion is tackled. Meaning there a lot of scenes with churches, bishops, gods and so on. Mainly the story revolves around Teito Klein.

Burupya is actually a breed of dragon called Fyulong, well, he’s the baby version. Yes, Burupya is still an infant. An infant the character Frau searched and kidnapped. Why? For the beloved Teito who was mourning the loss of his best friend Mikage. It turned out the Mikage’s soul was reincarnated into Burupya. Very touching and sweet right? 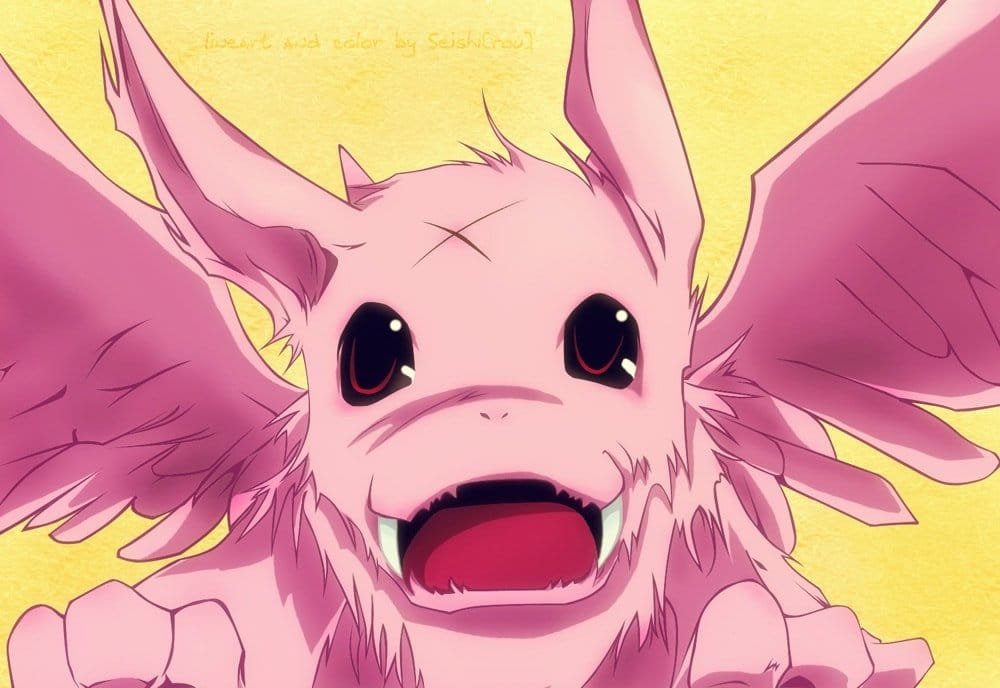 This is the very reason why I love Burupya very much and why I consider him my number one kawaii anime animal. The mixture of the very caring and loyal Mikage and a baby Fyulung with its tiny, short, stocky limbs, fluffy and chubby appearance… I just can’t get enough of him!

So there we go, my Top 5 Kawaii Anime Animal. I know I left out the popular characters such as Pikachu, Happy, Kero-chan and many, many more. But sorry, these really are my favorite. Hey, maybe in the future I’ll make another top 5 and they’ll be included. In any case, I hope you enjoyed this article!

If you like cosplay, check out Kawaii cosplay idea page!