We all understand that each country has cultural differences. These cultural differences affect how the international business is done. Our industry, webcam industry is not an exception. The main focus on this page is to explain how to adjust attractiveness to target Japanese viewers. First of all, the definition of attractiveness for Japanese is different from the most of Western societies. While Western society generally perceives intelligent, strong and independence as attributes of being attractiveness, Japanese  man do not perceive these attributes as attractive but rather perceives as unattractive. The detailed reasons why Japanese are not attracted to these features are explained at “What is attractive to Japanese“. Because of such difference, localization is needed.

As explained at “How to attract Japanese guys“, we know the ideal woman is “lady during day time and whore in bed.” In order to target Japanese man, models needs to localize and act in the way that Japanese man like which is cute and sexy.

Since being sexy is defined as the same meaning or perception as it is in western society, I will not explain how to be sexy. But here is the areas to localize to be considered cute. 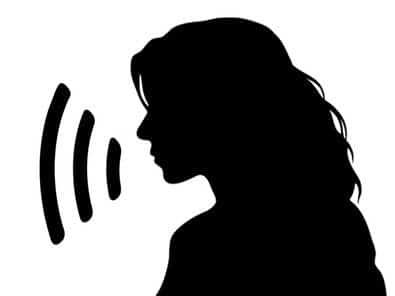 Tone of voice is the one of many factors that can show who they may be. Lower tone of voice conveys self-confidence, maturity, calmness and persuasiveness while high tone of voice conveys nervousness, immaturity, fun and vivid. Immaturity or vulnerability is the one of the important components for being cute. Since Japanese likes cute/sexy woman, using higher tone is more appealing than lower voice tone. The good example is anime voice. However, if your voice does not sound natural trying to use anime voice, sticking higher and soft voice is most likely better idea.

As explained at “Japanese market overview“There two types of models in the market that viewers think of; Amateur and professional. Since viewers tend to support beginners more and they prefer amateur performer, it is good idea to market yourself as an amateur/beginner model. You then could move yourself into cute and professional model latter depending on how many regulars you have. Here are tips how you can make yourself look like amateur.

Since heavy makeup does make you look like professional, light makeup is recommended. If you google” Kawaii make up” you can find plenty of resources. But here are some makeup tutorial videos.

Since the ideal is to possess the gap between lady and whore, the out fit plays important role in your performance. It is not recommended to wear too sexy dress but wear girly cloths to show cuteness. Once you start show, you can slowly take the cloths off to show your sexy lingerie.

Other recommended outfit is if you have anime costume, you can wear that to show your understanding or affinity towards Japanese culture. Anime is big part of Japanese culture nowadays.

In Japanese society, it has been widely believed that to be modest is one of the appropriate characteristics for ladies. This applies to Japanese men’s sexual preference as well. They tend to be attracted by innocent and modest ladies. Therefore, you should act as if you are nervous or shameful being in front of the camera. As looking modest and innocent is the key to being attractive, you should definitely avoid using curse words. Using curse words diminishes the image you are trying to establish.One of the good ways to show you are nervous or shameful is to use a mask. Some Japanese models hide their face by using a mask which effectively conveys that they feel shameful being in front of camera. This not only helps models to hide their identity but also attract viewers who are curious about your face. You should show your face sometimes by viewers’ request as hiding your face may cause viewers to leave when you move to the pay per minute channel. In the pay per minute channel, you should take your mask off if you are OK with.Since Japanese do not speak English well, you need to speak very slowly and clearly. Also if you have a question you would like to ask, it is a good idea to type for them while you talk so that they can translate your question.

You may already have a professional looking background setting. But broadcast with lived-in feel background is preferable (Not messy room but clean neat.). This can show you are an amateur who is performing on their own. (Some woman broadcast from a studio which gives the impression that they are professionals) Becareful that you do not show anything that can identify who you are and where you live. You can play back ground music. But play the music very low. Loud music gives a strip club feeling which you want to avoid. Playing Japanese music is preferable as that gives the impression that you are interested in their culture. Here are the some sites that play Japanese music Shout cast http://www.shoutcast.com/internet-radio (Type “Japanese”) Live 365 http://www.live365.com/genres/jpop